Professor Digitalus' Museum of the Weird and Bizarre is a location in An American Tail, where the Giant Mouse of Minsk is built. The museum features creepy artifacts like brains in jars, a dinosaur skeleton, and a large tiki statue. By Fievel's mention of the pier being a "scary place", we can presume he first visited the museum in a scene that was never shown.

We first see this location about mid-way through the film. After Gussie Mausheimer's rally it was decided that the mice would build a robotic Giant Mouse of Minsk to scare the Mott Street Maulers away, so that night Honest John hands each mouse a torch as they walk into the museum. Its location at Chelsea Pier made it ideal for their plan to put the cats on a ship heading for Hong Kong, and the many bizarre artifacts within aided in building the Mouse of Minsk. Honest John gives them a motivational speech (with a shameless plug to vote for him) as the mice, including the Mousekewitz family, work together to build a monstrous creature. Fievel is conveniently absent from this scene because Tony Toponi accidentally slept in and was late, preventing him from finding his family earlier. Then when Tony is rushing to get there, Fievel is distracted into going to the sewers by the sound of a violin, being led straight to the Mott Street Maulers.

However, when Fievel escapes the Mott Street Maulers, they chase him to the pier and in front of the museum, the perfect spot for the mice to release their secret weapon and have the Giant Mouse of Minsk chase them onto a ship bound for Hong Kong. Before they can however, Warren T. sets fire to the museum, and though the fire looks to have been put out by the Mouse of Minsk's release, a lingering ember sets a pile of kerosene cans ablaze as the mice celebrate their victory, and soon fire engulfs the entire museum. In the inferno, Fievel gets separated from Tony and ends up in Orphan Alley. 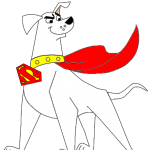