The An American Tail series had a melodic orchestrated soundtrack all throughout, mostly composed by the legendary James Horner. The first two films had their soundtracks officially released by MCA Records, while the latter two direct-to-video sequels did not, and are only available through illegitimate means.

In addition to these, the album An American Tail: A Musical Adventure With Fievel and Friends was also released in 1991, but was an album of mostly original songs. See the page on that for more information.

An American Tail: Music from the Motion Picture Soundtrack was released along with the film in 1986. The album was released by MCA Records on vinyl, cassette and CD. The score was performed by the London Symphony Orchestra, and it contains all of the musical numbers from the film as well. Both versions of "Somewhere Out There" are featured (the film version and Linda Ronstadt's version). The soundtrack version of "There Are No Cats In America" differs somewhat from the film version. A few songs and cues from the film were left off the soundtrack however, such as Warren's theme and "Poor Wandering One".

A limited edition extended version of the soundtrack has been released in 2019, with tracks that were unused on the previous release.
Tracks in bold are previously unreleased.

An American Tail: Fievel Goes West: Music from the Motion Picture Soundtrack was released in 1991 along with the film by MCA Records. As with the first soundtrack it was released on CD, cassette and vinyl. The soundtrack was composed by James Horner and includes both versions of Dreams to Dream, which was nominated for a Golden Globe award. The song "Dreams to Dream" was based on a short instrumental piece from An American Tail (on the track "Reunited").

The soundtrack quotes many classic western scores, from The Magnificent Seven to Aaron Copland's Rodeo: Hoe Down. It also quotes several fiddle tunes including The 8th Of January.

Score cues left off the soundtrack

One song "Rawhide" was omitted from the soundtrack due to copyright issues, as well as not originated in the franchise. The lyrics can be read here.

The Treasure of Manhattan Island and Mystery of the Night Monster

These films never had their soundtracks released in any official format; however, fans have been able to extract some of the songs off of the DVDs themselves. Some of the songs were included in the DVD extras without background noises or dialog as a sing-along. Besides their original musical numbers, the films mainly reused James Horner's scores from the first two films as background music, but with a few instrumental versions of the original songs, composed by Michael Tavera. 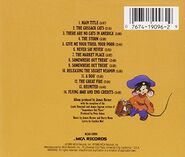 Back cover of the CD soundtrack for An American Tail

Back cover of the CD soundtrack for Fievel Goes West

An American Tail soundtrack on vinyl 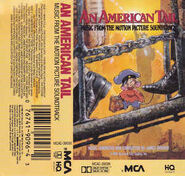 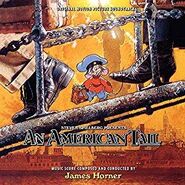 Cover for the 2019 limited extended edited.
Community content is available under CC-BY-SA unless otherwise noted.
Advertisement